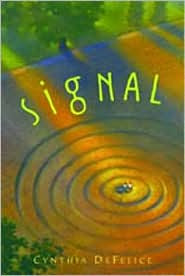 If I were an animal, what kind would I be?

Owen McGuire has a big heart. Part of it feels broken since his mother's death, and part of it feels empty since his father has found a hundred other things to do besides spend time with his son. But still, he has a big heart. He loves his dog, Josie, for one thing. But more than that, his heart really goes out to a mystery girl named Campion. Who is Campion? That's the mystery for the reader to solve. How did she show up in Owen's life? A bloody mess. A green-eyed girl who claims to be an alien from another world. A world where children and animals are never abused or mistreated. A world with so many things missing: poverty and war and the like. She wants him to go with her to his home world. Why does he believe her? Why does he make plans of his own to go with her? Well, the world she describes sounds good, really good. And besides all that, his mother was a big believer in life-on-other-planets. And wouldn't it be great if Campion 'proved' his mother was right?

Did I like this one? Well enough I suppose. I didn't dislike it. But I didn't love it. I think--as an adult reader--I pieced this one together quickly and wasn't really surprised by anything. There were one or two things that were oh-so-nice but a little too convenient. But I'm not the intended age group for this one. And predictability isn't a bad thing. (And neither are happy endings.)

© Becky Laney of Young Readers
Posted by Becky at 10:11 AM