Footprints On the Moon 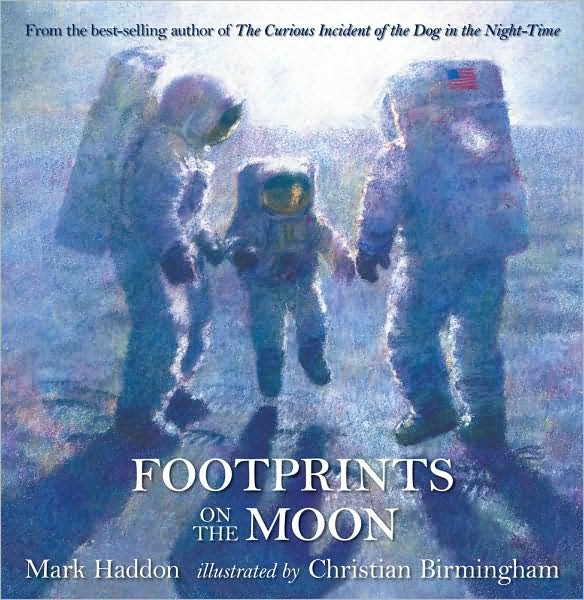 Years ago there was a little boy who had the solar system on his wall.

He borrowed library books and read about how astronauts had orbited the earth and walked in space and how they'd flown around the moon itself. And every night he hoped and hoped that one day they would find a way to land and walk across the tiny world where he had dreamed of walking.

And eventually, one cloudless night, they did.

This one was originally published in 1996 in the UK. It was reprinted in the US by Candlewick in 2009.

The illustrations were probably my favorite part of this one. (I thought that the text was a little heavy in some places.)

© Becky Laney of Young Readers
Posted by Becky at 8:35 AM