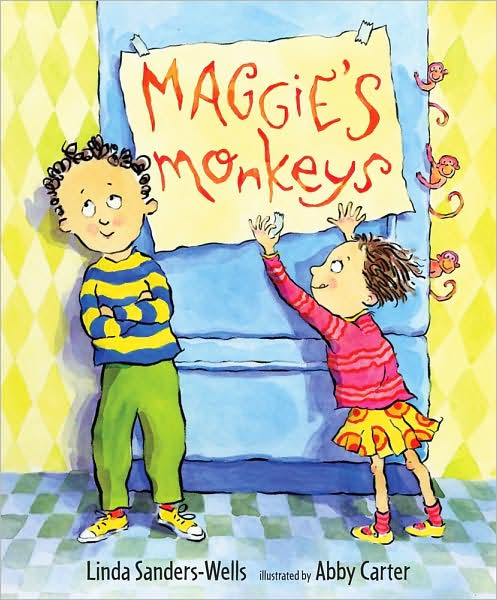 Last week, a family of pink monkeys moved into our refrigerator. At least that's what my little sister, Maggie, said. She announced that the monkeys were in there and put a bowl of peanuts for them next to the juice pitcher. Nobody else could see any monkeys, but that didn't seem to matter to anybody except me.

Maggie's Monkeys is narrated by an exasperated older brother (a middle child, by the way) who just can't fathom why his parents (and older sister) are going along with his younger sister Maggie's wild-and-crazy imagination. Pink monkeys?! Really?! In the refrigerator?! 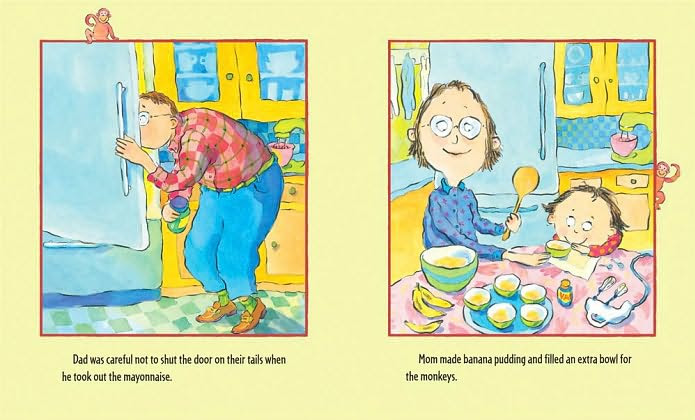 Yet when his own friends start to tease her...what's an older brother to do but lend a hand?!

I found this one to be a cute book, a funny book, with some heart! I loved the story of this one. How a brother and sister can not get along, and yet, when it really matters, when it really counts, they can be there for one another.

I enjoyed the illustrations. Readers should be on the look out for the pink monkeys! They might just find a few!

© Becky Laney of Young Readers
Posted by Becky at 8:51 AM