113. Stranger on the Home front 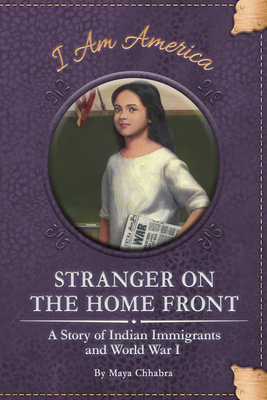 First sentence: Margaret Singh and her family were late, as usual. They came to Stockton from San Francisco every year for the festival, and every year they got lost somewhere between the train station and the gurdwara. Margaret’s stomach rumbled, but there wouldn’t be any food till they got there. Father stopped a couple of passersby to ask for directions. “Excuse me, do you know where the Sikh temple is?” One of the strangers looked like he was going to say something impatient, but then he caught sight of Margaret and Mother. He looked at them curiously, as if putting two and two together—Father, the clean-shaven East Indian, wearing a hat rather than a turban; Mother, the white woman; and Margaret, their daughter. Margaret had watched people go through this process a thousand times. A man from India with a white wife was an unusual sight in California.

Premise/plot: Stranger on the Home Front is historical fiction; it is set in California roughly 1916 through 1918 or possibly 1919. The heroine, Margaret, is the daughter of an Indian immigrant. Her father strongly desires independence for India. But how far will he go to support a revolution or break from British rule? The book isn't solely about her father's dream for India. Largely it is about Margaret's desire to truly belong--just as she is--within her community, her school, her country.

Margaret has a best friend, Bettina, is of German descent and things are getting rough for her as well.

My thoughts: I enjoyed this one. It does bring back memories of the Dear America series. (I think this is a good thing.) It is set during World War I. (The two world wars are of special interest to me). I like the focus on home life and school life. It does include a glossary at the beginning of the novel.