Henry and Mudge and the Happy Cat 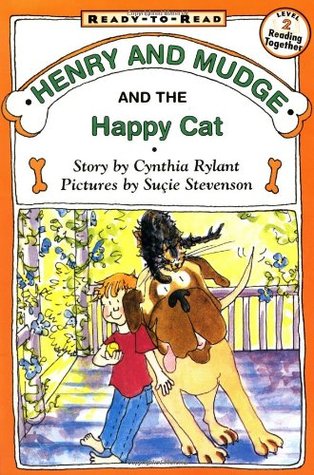 Premise/plot: Henry's family takes in a stray cat; this stray cat is unique looking: it looks like mashed prunes. The family is happy to take the cat in--for a few days, a few weeks. But because having Mudge is like having five dogs--that they can't take the cat into their home permanently.

The first chapter is about taking the stray cat into their home. The second chapter is about how happy the cat is in her new home, and, how much Mudge loves being mothered by the cat. Essentially the family does come to like the cat. The third chapter is "bittersweet" I suppose. The cat's original owner is found, and the two are reunited. But Henry's family misses the cat.


My thoughts: I really enjoyed rereading this Henry and Mudge book. It was my first book to read in the series and it still remains my favorite--at least so far.

Have you read the Henry and Mudge series? Do you have a favorite title?