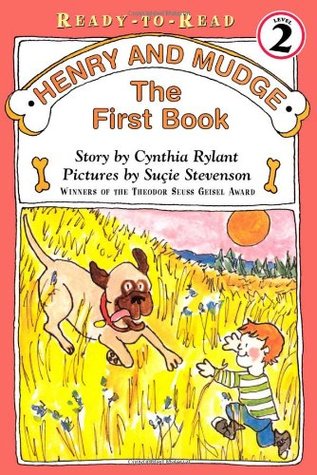 Premise/plot: Henry and his dog Mudge star in Cynthia Rylant's early chapter book series. This is the first book in the series. It is about when Henry gets Mudge, or, perhaps when Mudge gets Henry. It is about what they mean to each other. Later chapters in this book explore this devotion. Mudge learns a lesson about staying close to home.

My thoughts: I really adore Cynthia Rylant's work. What do I love? I love her writing, her narrative style, her pacing. There's something delightful about her phrasing. "Every day when Henry woke up, he saw Mudge's big head. And every day when Mudge woke up, he saw Henry's small face."

I don't know that it would be fair to compare Henry and Mudge with the Mr. Putter and Tabby series. I'm glad both exist.