The Silly Book With CD 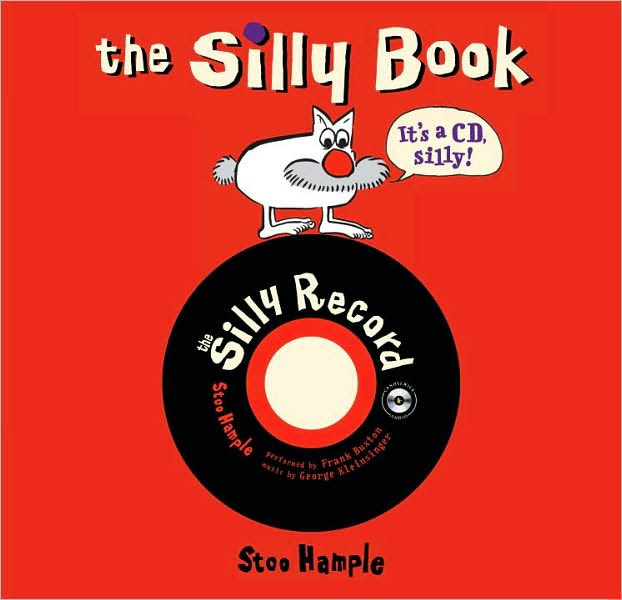 Candlewick Press has reprinted Stoo Hample's The Silly Book; it was originally published along with the Silly Record (LP) in 1961. This latest edition--there was another reprint in 2004--includes the CD containing twenty-three minutes of silly songs and poems. How silly is silly? Very! It's silly nonsense through and through.

I had to listen to the CD a few times before I started to enjoy it. But. Once I gave it some of my time and attention, I must admit that *some* of the silliness worked for me. (Not that I'd want to listen to it continuously for weeks or anything.)

Here's one of my favorites:

Cook three pieces of
spaghetti in a pan of
water for two years.

Add one teaspoonful
of chocolate syrup
and mix well.

Spread on bread
and freeze.

I also enjoyed "Silly Backwards Talk" and "Silly Story."
© Becky Laney of Young Readers
Posted by Becky at 7:12 AM