The Little Red Hen and the Passover Matzah 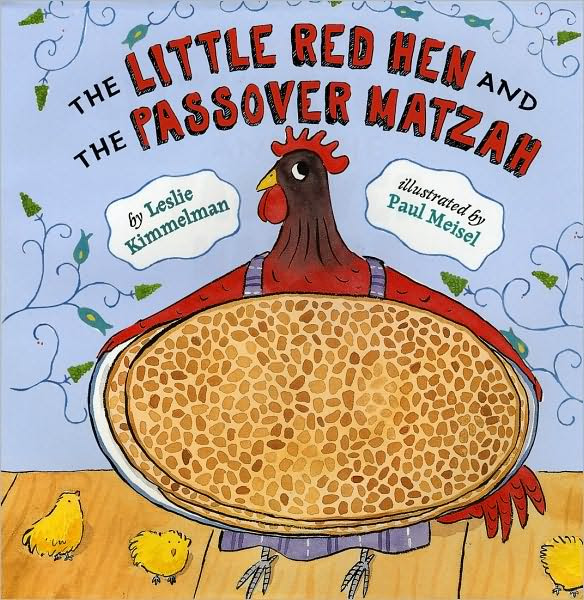 The year was passing. The Little Red Hen could feel the change of the seasons in the tips of her tail feathers. She could smell it in the barnyard air. She could see it on her calendar...
"Oy gevalt!" exclaimed the Little Red Hen, thinking ahead to spring. "Before I know it, it will be time for Passover. I will need some matzah for my Seder dinner, and that begins with some grains of wheat."

Before she knew it, it was spring, the morning of the first night of Passover. The Little Red Hen had cleaned her house, top to bottom. There wasn't a crumb of bread to be found anywhere.
"Time to make the matzah," the Little Red Hen announced to her friends. "Who wants to help?" Everyone deserves a second--or fourth chance, she reminded herself. But what do you think the Little Red Hen heard?

I liked this one. I really liked it. I thought it added some much-needed character to the original story!

The book does include a recipe for matzah. In addition there is a glossary of Yiddish words used in the book.

I believe it has received two starred reviews, one in School Library Journal, the second in Publishers Weekly.


© Becky Laney of Young Readers
Posted by Becky at 3:31 PM