38. Sherlock Holmes The Hound of the Baskervilles 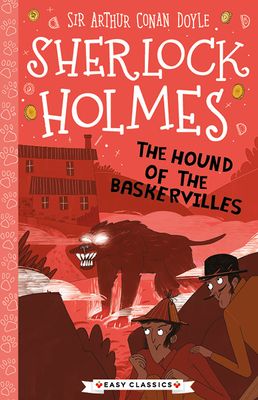 First sentence: The morning this strange case started was just like any other. Holmes was sitting at the table, eating his breakfast and mulling over the headlines of The Times. I joined him and poured myself some coffee. He had just taken a bite of toast when he stopped and looked towards the window. ‘I do believe a hansom cab has stopped outside, Watson.

Premise/plot: This is an adaptation of a classic Sherlock Holmes story. Stephanie Baudet has adapted many of Doyle's stories for young children.

Other adaptations include A Study in Scarlet, The Blue Carbuncle, A Scandal in Bohemia, Red-Headed League, Sign of the Four, The Reigate Squires, The Speckled Band, The Three Students, The Naval Treaty, The Six Napoleons, The Veiled Lodger, Charles August Milverton, The Sussex Vampire, The Engineer's Thumb, Silver Blaze, The Final Problem, The Stockbroker's Clerk, The Musgrave Ritual, The Copper Beeches, and The Hound of the Baskervilles.

If you are a fan of Sherlock, I would say this series would probably be a good way to introduce your child to these stories and characters.