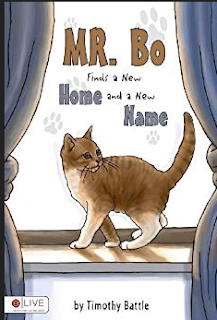 First sentence: "I'm a pretty nice cat," Linus said to himself, "and very handsome as well." He had been living in a small cage at the cat adoption center for five long days.

Premise/plot: Will this cat find a new home? What kind of home will it be? Will his owners be nice? What name will they give him? The animal shelter has named him Linus. He does not like the name at all--it was the name of one of his brothers. He wants to be named his name. (Though readers never learn what his name was.)

The story may appeal to cat lovers especially. It does have a happy ending only slightly-slightly spoiled by the fact that the cat is still a little sad that his new name isn't his own original name.