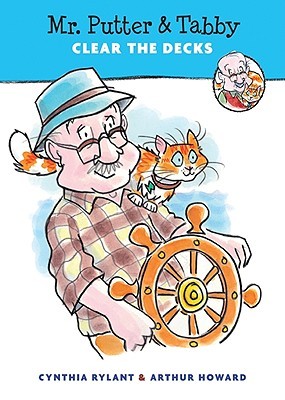 Premise/plot: Mr. Putter and Tabby need some excitement in their lives to cheer up a dull summer day. Will his neighbor, Mrs. Teaberry, and her dog, Zeke, provide the boost of adventure and excitement they need?! What bright idea will she have this time around? This time around the answer is a BOAT RIDE on a sight-seeing boat. Will the four friends have a great day or a disastrous one?

My thoughts: I definitely enjoyed this one. I wouldn't say it's the absolute best in the series. But the series is such that there really isn't a disappointing one in the series. It's a GREAT series with great characters.


The sightseeing boat was named The Olden Days. Mr. Putter liked it right away because he and Tabby were both old. They liked being old. Mr. Putter was glad the boat was not named The Young and Zippy Days. Those were long behind him.