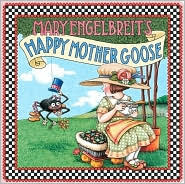 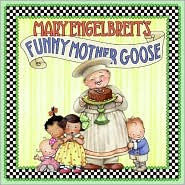 If you love Mary Engelbreit's art and you love classic children's rhymes such as Hey Diddle, Diddle, then you will absolutely love these three books. Engelbreit crafts her classic artistry to illustrate even more classic rhymes. Children love the rhymes about Humpty Dumpty and Jack and Jill, and Engelbreit brings them to life in each of her illustrations.

The rhymes are the same Mothergoose rhymes that most people grew up reading and repeating. Occasionally, a word is slightly different but that is typical of most books repeating the classic rhymes. The rhymes include: Hey Diddle, Diddle; Rub-a-Dub-Dub; Humpty Dumpty; The Old Woman in the Shoe; Mistress Mary; Wee Willie Winkie; Jack and Jill; Pat-a-Cake; Old King Cole; Ring Around the Roses (with different words than the original); Little Bobby Shafto; and Little Boy Blue. These are just a few of the poems in the three books. A few of them Ladybug had never heard such as:

Every child should know these classic rhymes and what better way to enjoy them than with Mary Engelbreit. Snugglebug and Ladybug enjoyed these three books and hope you do, too!


© Becky Laney of Young Readers
Posted by Becky at 9:36 AM