Hans in Luck: Seven Stories by the Brothers Grimm 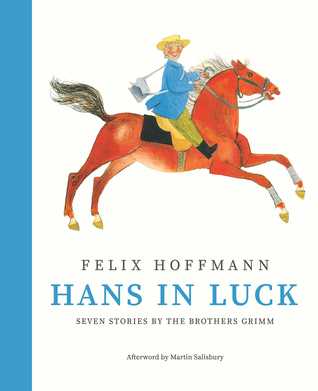 Felix Hoffman was one of Switzerland's most important children's book illustrators of the twentieth century. The book includes a brief biography and afterword which helps place his work in context.

My thoughts: I enjoyed reading this collection. My favorite story was Hans in Luck. My next favorite story was probably The Wolf and the Seven Little Kids. I have so many memories of my mom retelling The Wolf and the Seven Little Kids. (She also does an awesome Three Billy Goats Gruff.) I think the only story I wasn't familiar with was King Thrushbeard. It reminded me of The Taming of the Shrew--for better or worse.