When God Created My Toes 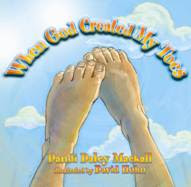 When God Created My Toes is a sad attempt at a picture book. The problem? It suffers from forced rhyming. First of all, because it follows the rule that everything must rhyme no matter what, the rhymes lack both sense and naturalness. Second, the text lacks rhythm. There is no natural beauty, no natural flow; nothing poetic about it. Lest you think I'm picking on it because it is a Christian book, let me say this. The mistake of When God Created My Toes can happen in Christian publishing or mainstream publishing. I've picked on quite a few other picture books that suffer from this malady that were published by traditional, mainstream publishers. If I could, I would release this book from the shackles of its rhymes and set it free. It's not that the concept is a bad one. It's just a somewhat stunted concept.

Here are a few examples,

When God
created
my toes
Did he make them wiggle?
Did he know I'd giggle?
Did he have to hold his nose
when God created my toes?

Not a bad start really. Toes wiggle. Tickles cause giggles. Toes can sometimes stink. Nothing "zah?" yet.

When God
created
my knees
Did he put bones in'em?
Did he know I'd skin'em?
Did we sing our ABCs
when God created my knees?

It's beginning to lose me at this point. I'm not completely checked out yet. But what do ABC's have to do with knees? And there's just something off about the whole thing.

See here is when I knew that this one just wasn't going to work for me. There are some better verses up ahead. But nothing that personally redeems it (for me) from its mediocrity. 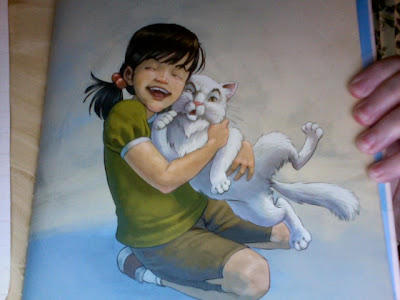 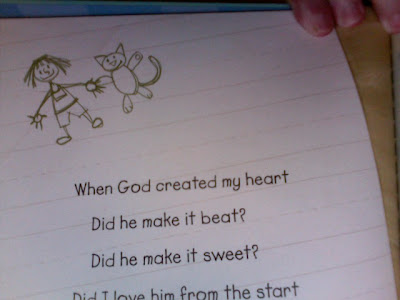